Beta test creature that can fly without wings

Dim Long is an illegal genetic experiment created by Jumba Jookiba, and the fourth experiment he created in China based on what he learns in ancient Chinese scrolls.

Following Jumba's creation of two cliff dragons who had a child together, Jumba created Dim Long, a small dragon Jumba created as a beta-test to perfect the qi power that ancient creatures used for flight so he could utilize it in future experiments, which he did with his next experiment, the Xiezhi. Unlike the other experiments Jumba created in China, Dim Long does not live in the pocket dimension he created to house them. Instead, he lives with Jumba, Stitch, and Pleakley at Ai's family home, making him a recurring character in Stitch & Ai. 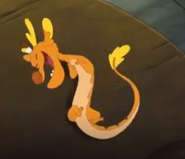 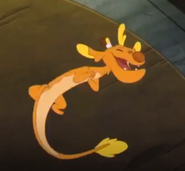 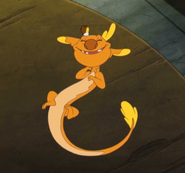